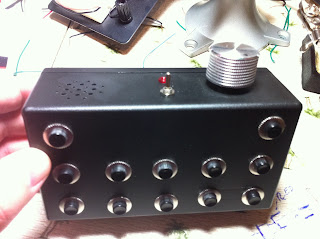 I added a toggle switch for power and a LED to indicate power.  Mine uses a 9V battery. If I build another one, I'll add a pot for volume control and probably mount the buttons closer together or in a different layout.  It would be neat to experiment with different types of switches as well, like a slider instead of a rotary potentiometer, smaller buttons with less travel in the actuator would also be nice.

It's fun to play with even though I have no musical abilities. 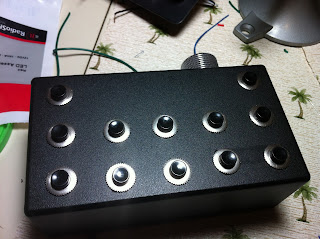 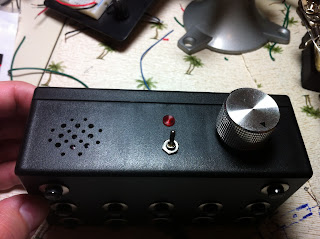